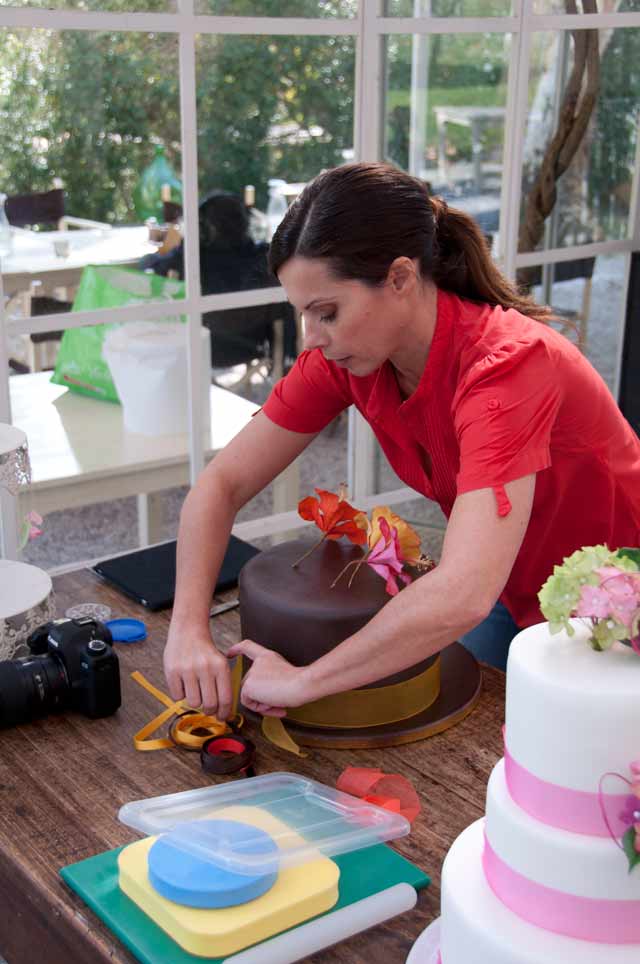 Did you enjoy the tropical cake? Here’s some backstage pictures: as you can see, the cake was assembled on location. Click here for the 1st backstage of “Le torte di Toni – Masterclass”, Gambero Rosso Channel (Sky 411). 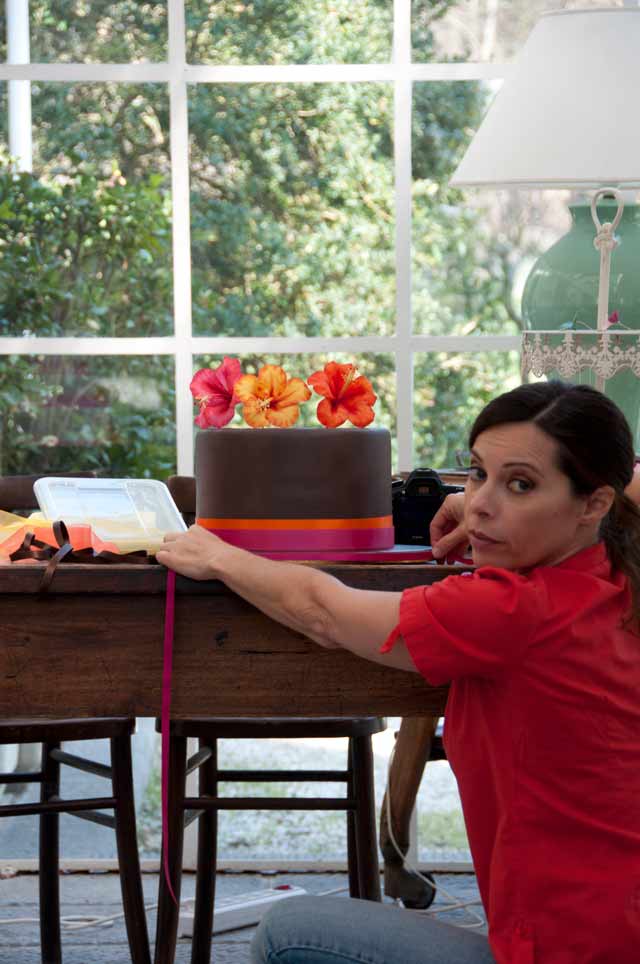 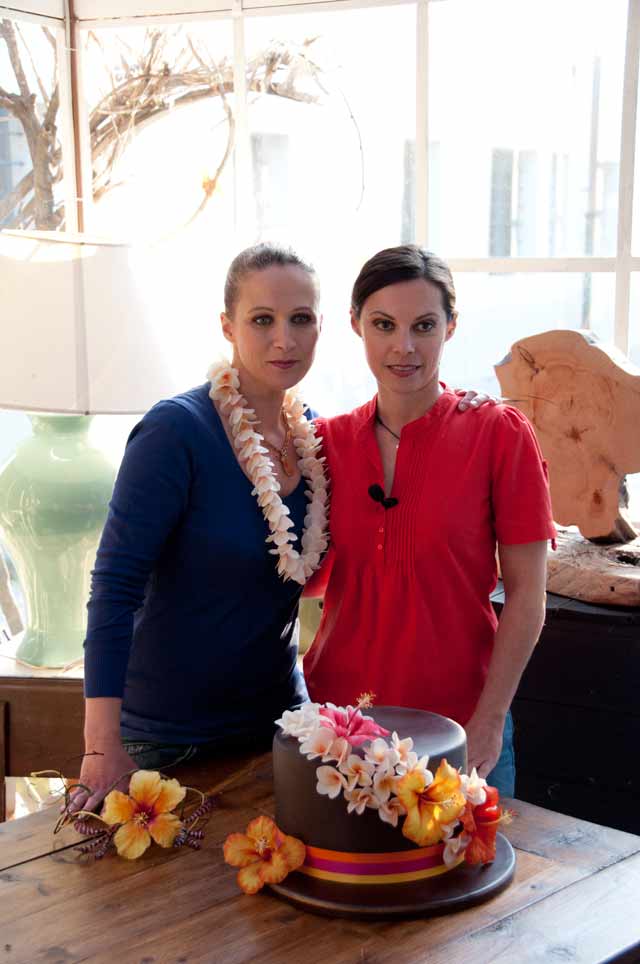 In this picture, Toni is wearing a Sugar Florist Paste frangipani lei. Frangipani are also part of the decoration on the cake. 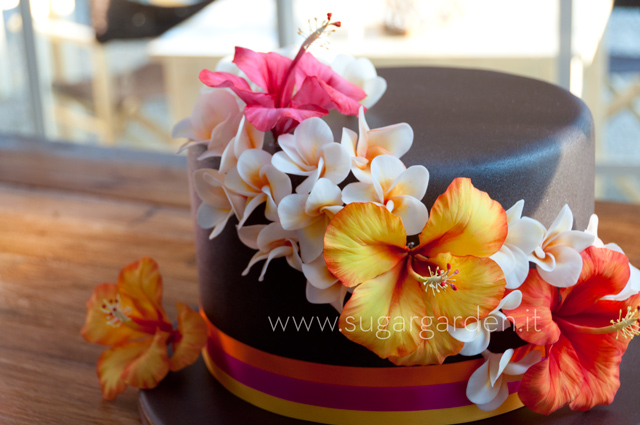 Close-up on the floral arrangement. 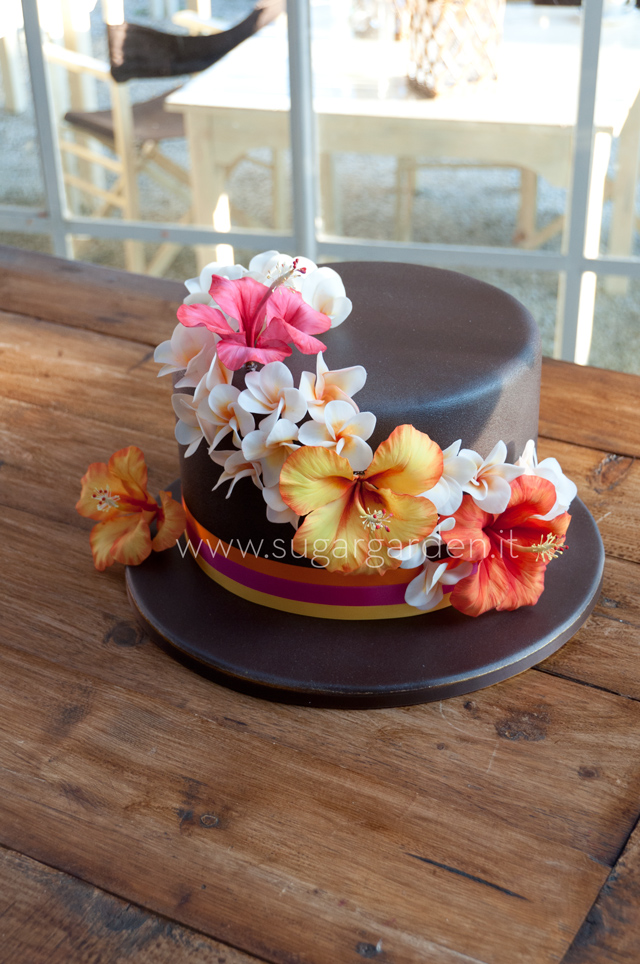 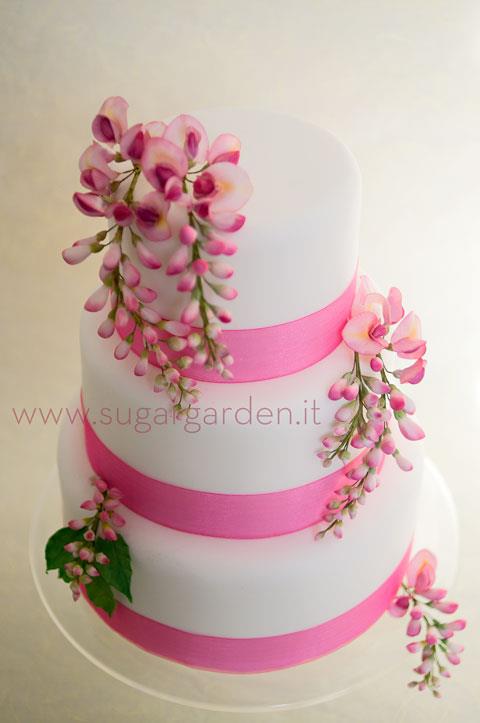 A few months ago, I was asked by Squires Kitchen Publishing to submit an article for their magazine Cakes & Sugarcraft.

I’ve been a regular reader of C&S for a while and I love the beautiful projects and cakes featured in it.

I was very happy and pleased about this wonderful opportunity but a bit concerned also, because this was my first time at contributing a magazine with my work. 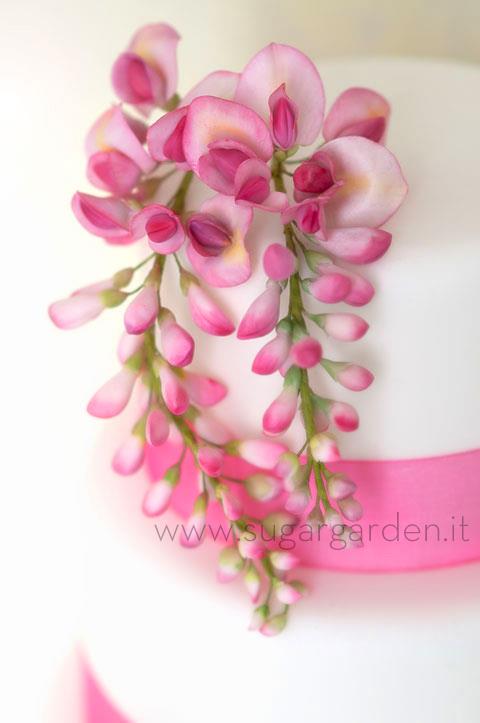 The whole process was very exciting, creating the flowers, writing the step-by-step instructions and taking pictures. I was quite pleased with the result and was very glad that the editor liked it too.

I really enjoyed every moment of this project and loved to have creative control – following the editor’s rules – over the different stages of it.

If you want to learn how to make a beautiful wisteria wedding cake have a look at Cakes & Sugarcraft Magazine issue 117, available from  Squires Shop 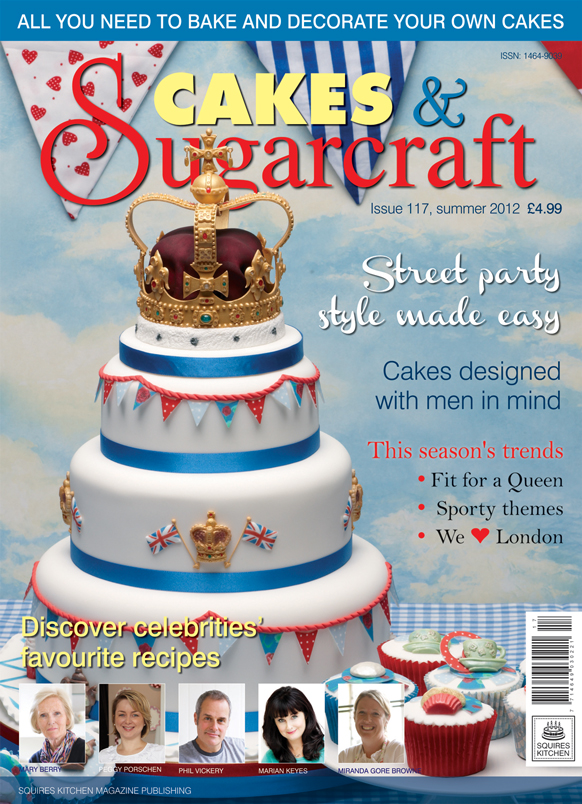 When I launched my personal Facebook page last year, I didn’t foresee what would have happened in just a few months, i.e. reaching Facebook’s 5000-friends limit.

To solve the problem, I’m launching a new page: this time it’s not a “personal” page, so it should be able to accommodate all my old friends and, hopefully, my new ones!

Everything works just the same, so if you subscribed to the old page, please switch to the new. If you are a new friend, welcome to my new Facebook page! 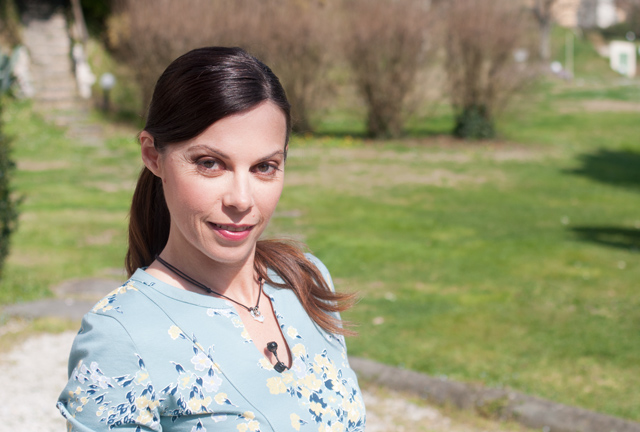 For the new season, Toni invited a few Italian sugarcrafters to show their craft decorating a cake. 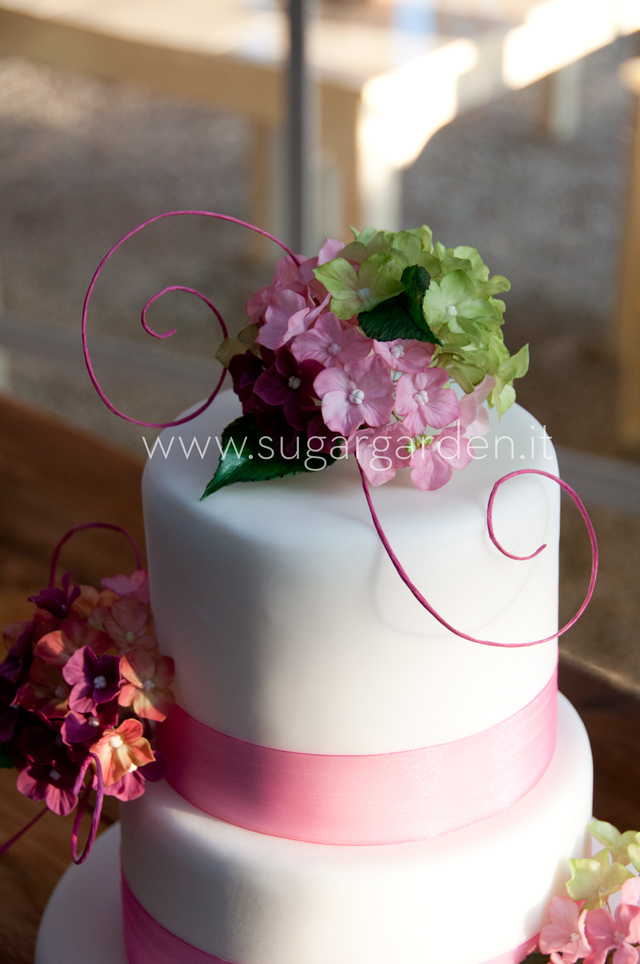 I found Toni’s invitation flattering, but I was also a bit worried.

My previous experience was limited to this video, which took a whole afternoon to fim.

I got to the filming location one day before the actual filming, and I met the lovely guys from the troupe. They were a bit restless, not because of my arrival, but because it was past dinner time. 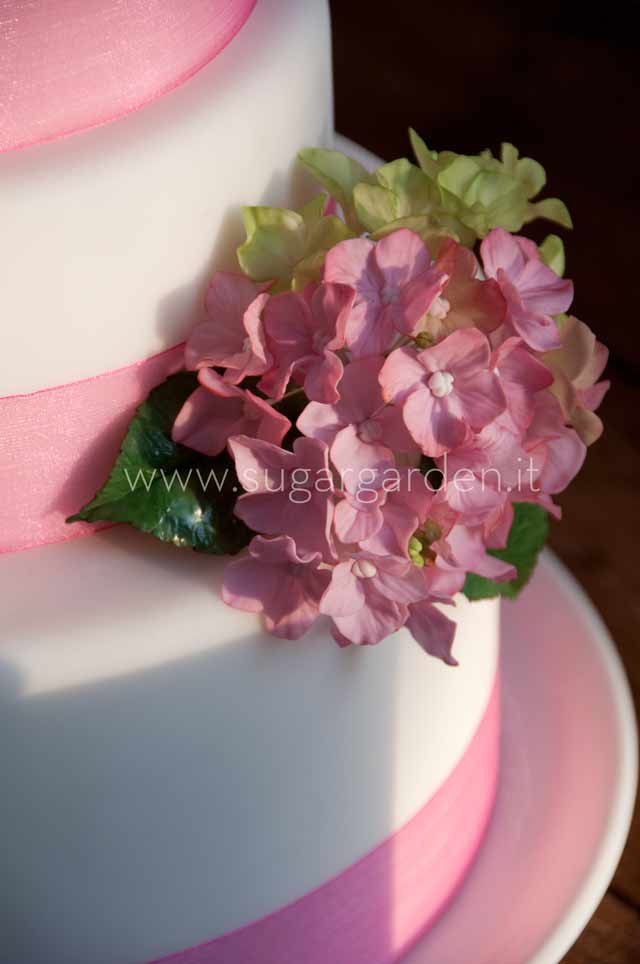 During dinner, the team’s cohesion was pretty evident, and everybody did their best to make me feel at home.

The following morning, during make-up, I realised I felt surrounded by friends. Filming was very funny, especially considerino a few “bloopers”. 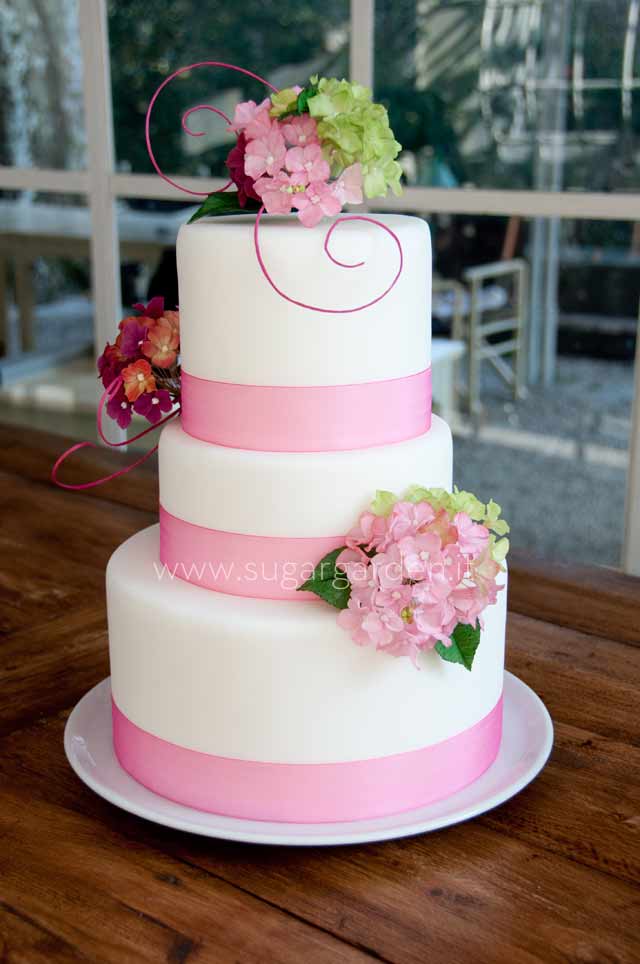 My heartfelt thanks to Elga from B&B Villa la Bianca.

Be our guest at “Le Torte di Toni” with Italian-style Master Classes!

2012 is set to become “the year of sugarcraft” in Italy. Articles about sugarcraft are popping out on many magazines.

Both magazines feature articles about sugarcraft, with pictures of my work.

In Cakes & Sugarcraft Magazine, possibly the most renown British magazine in the field, you’ll find my profile, with more pictures.

I’m very flattered by such coverage: just one year ago, I would have never believed I could’ve gone this far in such a little time.